Want to Accomplish Something? Make a Promise.

The start of something new (a new job, a new relationship, a new house, a new year) brings up feelings of optimism, hope, and determination. It can be seen as a fresh start, particularly regarding goals set for topics like exercise, saving money, weight loss, organization skills, or debt reduction. However, the stats show us that people are frequently unsuccessful at actually reaching their goals. Just take a look at the surge in use of your local gym in January. Then check back in March and usage usually has dropped back to average levels.

Make promises to yourself and others instead of just setting goals. I don’t think setting goals is a bad idea, I just have found that goals are too easily ignored because we see people fail to reach goals all the time. Not reaching a goal might be discouraging, but it can be easy to shrug off because it happens frequently. It seems socially acceptable to not reach your goal and there is almost always a somewhat valid reason/excuse as to why the goal was missed.

However, I find it socially unacceptable to break your promises to others. Making a promise carries more importance and failing to do something you promised is much more uncomfortable, particularly if you made the promise to someone you love.

I also know many people who set too many goals all at once. This waters down the importance of what you are trying to accomplish and splits your focus. If you are motivated to become a better version of yourself and you decide all at once to exercise 5x per week, stop eating fast food, increase your savings rate by 20%, read a book per month, go to bed at the same time every day, and start piano lessons, you will very likely get overloaded and not follow through. I prefer making one change at a time over a two month period. The interval can vary depending on the nature of the new commitment, but two months usually gives you enough time to make the behavior a habit before you move on to the next behavior change.

Imagine how much better you would feel 12 months from now if every two months you made a promise to start doing something that would improve your life, ingrained that behavior into a habit over those 60 days, and then repeated the process five more times. The positive change at the end of the year would be significant and the momentum would compound. Willpower is like a muscle. Every time you use your willpower to keep your promise your amount of willpower grows. The more you exercise it, the easier it is to rely on later.

So as you think about your life and your values, ask yourself, “what would my future self be proud of my current self for accomplishing?” Then start making promises. 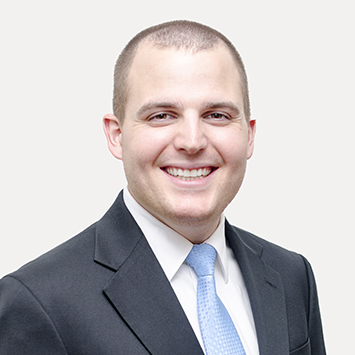 Justin is an independent financial planner who believes in building relationships with his clients based on financial education and blunt honesty. His goal with everyone he meets is to reduce their financial stress and help them avoid costly mistakes.