How to find the time for smart financial planning

Let me tell you a story that could be about so many young professionals out there.

A day just like the day before and the day after.

After dishes are put away, lunch is packed with the night’s leftovers, and Benjamin is put to sleep, Evan and Emily have a moment to themselves. They should talk about finances, but neither wants to and so neither brings it up. With never ending Excel sheets, meetings, and child rearing, all Evan and Emily want is some relaxation at the end of the day.

The last thing they want is to stress and fight over money, which they always seem to do whenever the topic is brought up. They haven’t seen each other all day, so why end the night on a bad note?

If I could, I would answer: Why would you do it alone?

Fortunately, Evan and Emily realized they needed help and talked to a friend who was a client of mine. That client turned them my way.

They didn’t come to me first because they held the common misconception that financial advisers won’t work with you unless you have large amounts of money. While this may be true with many advisers in the industry, it is the opposite case with my team and me. We specialize in working with families and business owners that are in the accumulation phase of their career.

After the first few minutes of our initial meeting, I was able to overcome all of their misconceptions and make a valuable connection with the Weston’s.

Getting Started with a Financial Plan

When I met them, their lives were all over the place. Both were career driven and both were putting financial planning for their family on the metaphorical back burner. They had important, predetermined goals they were trying to reach before things got serious (such as getting an MBA, a job promotion, etc.). After taking a look at their financials, I found that they had a couple of old 401(k)s from previous employers, but I also saw that they had outstanding student loan bills that were eating away at their monthly budget. Obviously, they wanted to pay everything off, but they also wanted to buy a home, travel, and get a safer family car.

But they didn’t know how to proceed. Just as things seemed to settle down, a new wrench would be thrown into the equation. Yet, despite all of their ups and downs, they made significant income. They just never seemed to have anything left over at the end of the month.

They had the same constant questions rumbling around their heads as everyone else:

All of their questions seemed to merge together into one ball of stress and anxiety. Any type of planning was relegated to after family dinner and the baby was put to bed, but who has energy after all of that? Evan and Emily knew they needed a financial strategery, and yet their nightly pattern went on for several years before anything was done.

After sitting down with the Weston’s, we were able to prioritize their goals and come up with a strategy based off of their values. We added helpful resources to their financial tool belt and helped them develop positive financial habits. As a consequence, they became more aware of their monthly spending patterns and were able to reduce their micro-purchases.

Both Evan and Emily had a habit of zipping into grocery stores and convenience stores because of their hectic lifestyle. They always seemed to be out of a “crucial” ingredient, or in need of a quick pick-me-up, such as a canned energy drink or bite to eat.

Very understandable! Look at how much they were trying to juggle! But their micro-purchases were eating away their earnings and preventing them from doing the things they really wanted, such as paying off their student loan debt and saving up for a down payment on a house in San Diego.

With their newly found surplus, they were able to prioritize that money to more meaningful tasks to help efficiently achieve their objectives. We created a detailed road-map that considered student loans, buying a house, paying down credit card debt, funding college, contributing to retirement, protecting income with life coverage, taking advantage flexible spending account (FSA) with an employer to help reduce childcare cost, and more.

Any marital stress around their financial situation they had was replaced with abundance and confidence.

There are many people like the Weston’s who need a financial adviser. Most people, if they ever learn how to properly manage their money, don’t do so until much later in life. It just isn’t taught and is hard to master. Each year most people go through life with a savings account with just as little in it as the year before.

It doesn’t have to be that way.

Ready for your own financial road map?

If you relate to the Weston’s, you’re not alone. Give me a call and we can set up a time that works with your schedule. Building a financial roadmap to independence is all about opportunity cost. A few small changes today could make all the difference tomorrow. 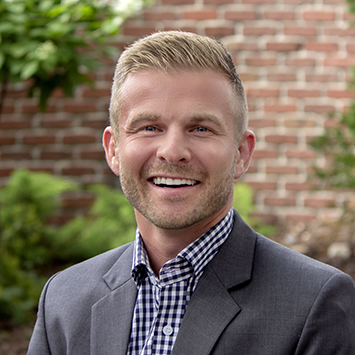 This hypothetical example is for illustrative purposes only. Not based on any particular investment. These are not the name of actual clients.