Many people today seem to want to live in the present and leave saving for retirement for the future. Unfortunately, delaying proactive investing creates an environment where you’ll have to swim upstream. The reason for this? Compound interest.

This snowball effect is the primary reason for starting early. Otherwise, you will be playing catch up and more than likely, will never quite catch up.

There are many ways to start and sustain investing for the long term. Depending on your specific financial situation, certain strategies may be more efficient and effective than others. Overall, it’s important that you invest early and often in life, so that you don’t get behind the game and the power of compounding interest. 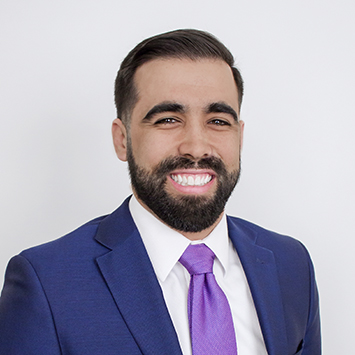 As a financial advisor based in North Star’s Minneapolis office, Garret Colao focuses on helping his clients develop and maintain a sound financial strategy, while also integrating the appropriate risk management and investing strategies. Working primarily with individuals in Minnesota and Florida, Garret works with young professionals across a variety of industries, including physicians, veterinarians, and lawyers.

These are hypothetical examples for illustrative purposes only and are not based on any particular investment. Assumes 10% and 7% annual return respectively. Investments will fluctuate and when redeemed, may be worth more or less than originally invested. The examples do not account for fees and expenses associated with investing

This information should not be relied upon by the reader as research or investment advice regarding any funds or stocks in particular, nor should it be construed as a recommendation to purchase or sell a security. Past performance is no guarantee of future results. 2141182/DOFU 6-2018