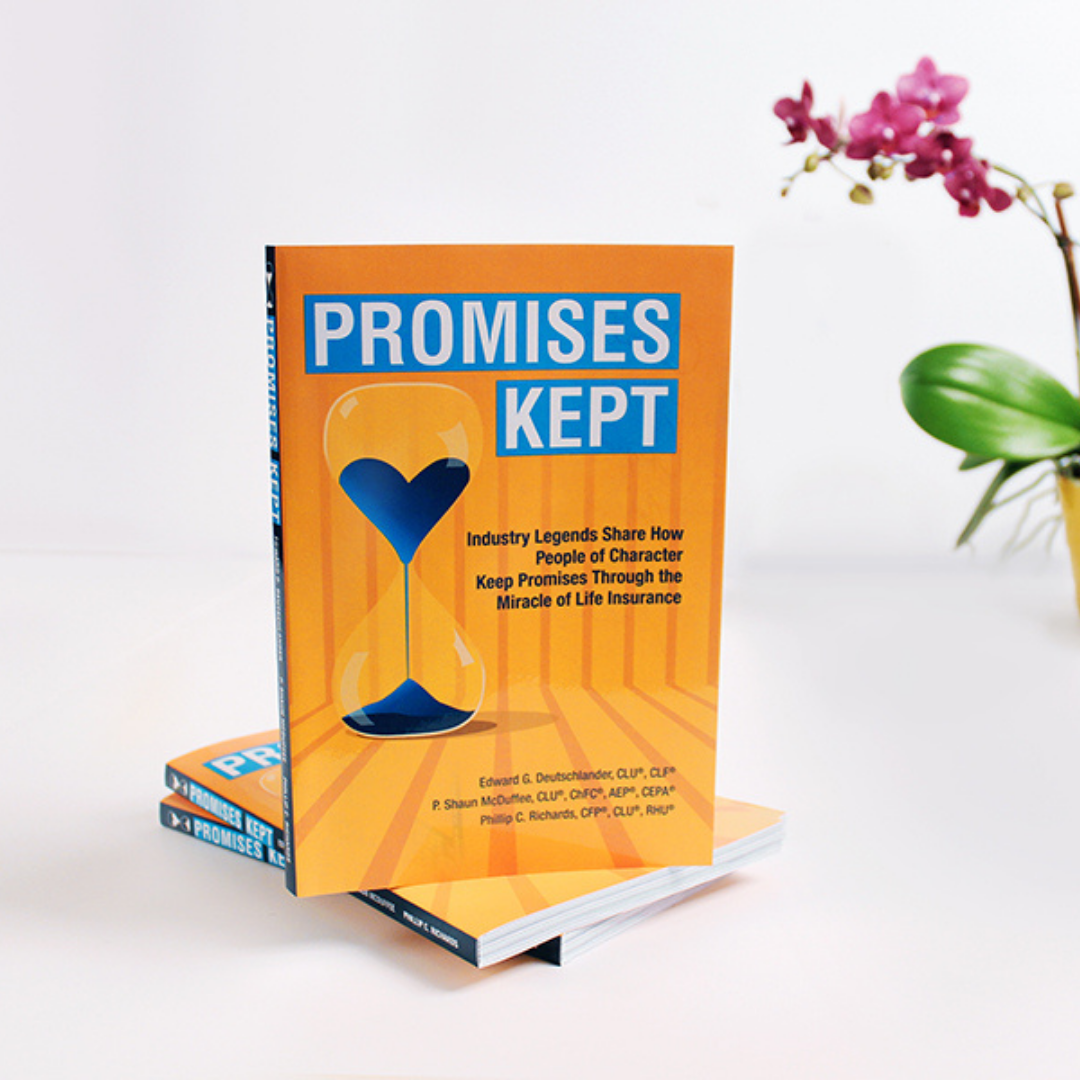 The book focuses on reigniting the passion for life insurance.

Promises Kept tells the story of life insurance and how views about the product have evolved over the last few decades. While the financial services industry set out with a sole focus on life insurance or risk management, over time the profession shifted to include a larger emphasis on wealth accumulation. Written by three renowned financial services industry executives, Promises Kept shares their perspectives on the importance of life insurance and why they feel financial advisors should feel a moral obligation to communicate its significance with their clients.

Included in the book are eighteen firsthand accounts of how life insurance has changed lives, written by multiple financial advisors from North Star Resource Group as well as from prominent executives from financial services firms around the world. Many accounts include a common theme: while no one likes to discuss their own mortality, the reality is that it is a fact of life that should be properly prepared for. Life insurance can act as a solid foundation to any sound financial plan.

About the Authors:
Promises Kept was written by three members of North Star Resource Group’s leadership team. Ed Deutschlander and Phil Richards are two prominent executives within the financial services industry, with a combined nearly 80 years of experience. Richards served as CEO of North Star from 1969 through 2015 and Deutschlander became CEO in January of 2016, as Richards transitioned to the role of Executive Chairman and Founder. Shaun McDuffee is a distinguished financial advisor with 27 years of experience in the industry. All three share a passion for life insurance and in educating others on the subject. North Star Resource Group has over $35 billion of life insurance in force*, helping provide families across the country with financial security in the event of the untimely passing of a primary income earner.

For more on Promises Kept or to order a copy of the book, visit https://www.northstarfinancial.com/our-company/publications/promises-kept/.

Life insurance products contain fees, such as mortality and expense charges (which may increase over time), and may contain restrictions, such as surrender periods.