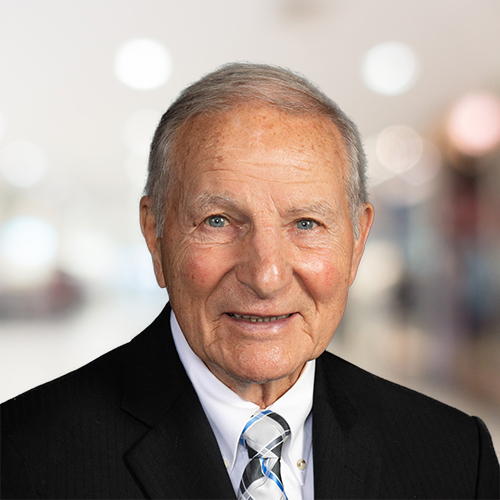 Richards will be inducted at an October 2018 ceremony, along with nine other new members.

PHILADELPHIA — Temple University announced in August that it will welcome 10 new members to its Athletics Hall of Fame, including North Star Executive Chairman and Founder, Phillip C. Richards, CLU®, RHU®. The new members will be formally inducted on Friday, October 19, 2018.

“This year’s class chosen for induction into the Temple Athletics Hall of Fame is exemplary for the members’ incredible athletic achievements and for their leadership in their respective communities,” said Dr. Patrick Kraft, Director of Athletics.

Richards received his B.S. from Temple University in 1962, where he served as Student Body President and received the Sword Award as outstanding senior classman. A three-year letter winner, Richards also served as team captain of the school’s wrestling team during his senior year. Prior to attending Temple, Richards graduated from Pennsylvania’s Easton High School in 1958, where he served as both wrestling captain and student body president and was the District XI Champion. He attended Temple on a wrestling scholarship and has played an active role in wrestling at the school ever since. In 2015, wrestling returned as a club sport to Temple for the first time since the 1980’s, thanks to a generous donation from Richards.

“It gives me great joy to have a hand in wrestling returning to Temple,” Richards said at the time. “The discipline that comes from the sport has been a key factor in my success as a businessman and I want to make sure that today’s student-athletes at Temple can benefit from all of the great things that come from the sport.”

Richards was inducted into the National Wrestling Hall of Fame in 2010 and the National High School Coaches Hall of Fame in 2009, among several others. He additionally has served on the Temple University Board of Trustees since 2009 and was the 2016 commencement speaker for Temple’s graduating class, where he was also awarded an honorary Doctor of Humane Letters degree. Most recently, Temple announced the creation of the Alzheimer’s Center at Temple and the establishment of the Scott Richards North Star Charitable Foundation Chair for Alzheimer’s Research, due to a gift from Richards and the Scott Richards North Star Charitable Foundation.

With a career in the financial services profession dating back to 1962, Richards is an international speaker, author and philanthropist. After acquiring North Star Resource Group in Minneapolis in 1969, Richards guided the firm as CEO for 46 years before transitioning into his current role as Executive Chairman and Founder in January 2016. He additionally serves as the chair of the Scott Richards North Star Charitable Foundation.